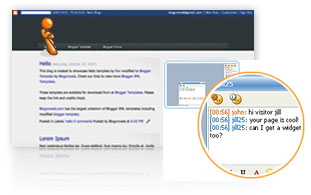 Categories: Buddy and Me

To make a donation to or information on any of the organisations involved in assisting victims of child rape and abuse, please click on one of the following links:

Day 82 of the campaign, a day in Soweto, turned out to be a pretty good day as well as a busy one. Soon after turning off the south bound freeway onto the Old Potch Road which is now called the Chris Hani Road (well according to some road signs that is, I was stopped in a long queue which was formed because of a police road block. Eventually when I arrived at the road block there was a long line of cars parked on the side of the road waiting to be inspected after having been pulled over by the police. Obviously I was convinced that I would be pulled over but when I approached the large group of cops they all looked at me in amazement and waved me through! As I passed all I heard was “Hey, I love your little car” and received smiles and waves from all the cops. So this was a great start to my day.

I passed the huge brightly painted ‘Soweto’ cooling towers from which you can do an amazing bungee jump, and continued through to the Jabulani Mall. While driving I was thinking about the issue which has been discussed so often that it’s becoming quite boring, but I wondered why, since so many towns names have been changed, they haven’t changed the name of Soweto. After all this was the place which all the riots took place in during the mid 70’s and so many issues were raised over, also since the name was derived from the words “South Western Townships” and is not, as everyone seems to thinks, an African word.

I must say I was very impressed with the cleanliness of Soweto and, in fact, when considering the filthy condition of so many towns I have passed through during my travels on my search for a solution to child rape, including the state of my home town, Germiston, I couldn’t believe how clean and tidy Soweto is. I have visited Joubert Park during the past few years and was devastated at how this once beautiful park has been allowed to be reduced to a filthy jungle in the heart of Jo’burg. This was once one of the most visited sites in Jo’burg especially at Christmas time when it was lit up with a magnificent array of Christmas lights and displays, now it’s a crime riddled cess pit. The three huge parks I passed in Soweto, however, are spotlessly clean and I did not see so much as a piece of paper lying on the beautifully manicured lawns, not to mention the lovely brand new bus terminals which are to be found scattered all around Soweto at regular intervals, incredible! It’s not difficult to see where all the Gauteng rate payers’ money is being spent.

The whole way through Soweto I was met with people shouting greetings and waving to ‘Buddy and Me’ and we thoroughly enjoyed the friendly atmosphere which continued right up to the Beares store in the Jabulani Mall. My biggest problem was keeping people from trying to jump into Buddy’s passenger seat every time we stopped at a traffic light or stop street. The Beares staff at the Jabulani Mall must be in the running for the prize of being one of the friendliest groups of Beares staff I have met on the project to date, and I was given the opportunity to chat to them and get their input in my effort to come up with a solution to child rape, and contribute they did. To Chris Kubheka and his magic group of staff, thanks guys I thoroughly enjoyed meeting you and thanks for your kind hospitality and friendship.

Now if I had been impressed being able to find my way through to the Jabulani Mall, I was even more impressed with Buddy and my ability to locate the Protea Gardens Mall without even having to stop and ask for directions once. When I pulled up outside the Beares store in the Mall I was met by a huge crowd of people who had gathered to watch and listen to a local entertainer singing and dancing on a portable stage in the car park. Initially when I pulled into the car park and because the stage and large crowd was situated only about 30 metres from the Beares store front door, I thought “Wow Jackson, the store manager, has really gone overboard with his planning for a reception committee for ‘Buddy and Me’ but I discovered this was not so. But after saying hi to the staff I wandered over to have a caper at the show. Obviously with me being the only white face for probably kilometres around, I stood out like a sore thumb and the entertainer guy spotted me and must have incredible eye sight to have seen the signage on Buddy because he called out “Hey Buddy and Me are here” which drew a big cheer from the crowd.

Once again I got to chat to a really great bunch of guys in the form of the Beares staff in the Protea Gardens Mall. The store manager, Jackson Magwa, had arranged for me to meet a sergeant involved in the “Trauma Unit” of the Protea police. To date I have never heard of a “Trauma Unit” associated with the South African Police Service and so I was very intrigued. And so after a chat with the Beares staff I moved over to the Lubners store which is situated in the same Mall, the fact that the two stores are only about 200 metres apart made it even simpler for me and Buddy to locate them and drive to their front door. After a chat with the store manager who, by the way is a real character of note, Lucky Makunyane and his friendly staff I had to make a hurried departure to be able to make my appointment with Sergeant Hlatswayo of the Protea SAPS “Trauma Unit”.

This meeting proved to be really interesting and apart from meeting Sergeant Hlatswayo who proved to be one of the most dedicated police officials I have met to date, I met two of her helpers, Eugenia Mofobokoane and Micholine Molotja – all three being highly dedicated to bringing rapists and especially child rapists to book. They confirmed that, although child rape is happening at an alarming rate in the area, the people, and in particular mothers are not reporting it to the police, and they only receive a handful of child rape (children under the age of 12) a year. This issue was discussed at great lengths and, initially Sergeant Hlatswayo accused the mothers of being the guilty parties and had a rather hard take on this aspect of child rape, until after our discussion in which I raised the fact that the mothers are stuck between a rock and a hard place by the fact that if they report their husbands for raping their children, the families will starve because the Social Welfare Departments don’t have the financial resources to take care of them.

After I had presented my 6 stage plan to combat child rape, which I will release onto this website soon – I just need to fine tune it and hope to present to Parliament – she agreed that it would definitely work and that it would encourage mothers to report their husbands and that it would ultimately lead to the drastic reduction, if not the actual stopping of the disgusting crime of child rape.

I was given some details of a case they are currently investigating which involves a 16 year old girl who has been raped on a regular basis by her step father since she was 6 years old. Her mother was aware of the fact that she was being raped by her husband but because of the financial situation in the family, him being the sole bread winner, she turned a blind eye to the situation. The young girl eventually confided in a close friend who reported the matter to their teacher who in turn reported it to the police. Sergeant Hlatswayo and her team arrested the step father and on appearing in court was granted R1 000-00 bail. Immediately on arriving home he began intimidating and threatening the young girl. The step father was re-arrested and when the mother heard that his bail was going to be revoked forced the daughter to withdraw the charge of intimidation and tried to have the rape charge dropped. Sergeant Hlatswayo explained to the mother that her daughter is not able to have the rape charged dropped because she is not the complainant in the case, the State is the complainant, and the daughter is merely a State witness.

It’s obvious that the mother is going to do everything in her power to ensure that the daughter does not give evidence against her step father or that the evidence will be ‘bad’ which will allow a defence attorney to get him off on a “technicality’. This is the reason that I believe that it is not merely the return of the death penalty which will ultimately bring a halt to the rape and sexual abuse of our children, but a number of issues, which if implemented to the letter, will.

Well that’s all for today, so until tomorrow when ‘Buddy and Me’ visit Rosettenville in the south of Jo’burg, we wish you farewell for now, keep well and keep all children safe.

Caring regards from
Buddy and Me (Steve Heath)
steve@buddyandme.co.za

To assist with Buddy’s medical aid (recouping the R9 500.00 spent on repairs to engine and installation of new gearbox, starter motor and front suspension), please make a deposit into the following account:

All assistance, no matter how small, is greatly appreciated. Any excess collected above the necessary amount, will be donated to the three organisations involved in the project, namely The Teddy Bear Clinic, Bobbi Bear Foundation and The TygerBear Clinic.

To register (new users) or login (existing users) to leave a comment on this or any other blog, select one of the folloing:

You can leave a response, or trackback from your own site.